1 review
Ale-8-One could be described as a ginger ale, but with more caffeine, a fruitier flavor, less carbonation, and about 1/4 fewer calories than conventional soda. Its closely guarded recipe yields an exceptionally clean, authentic beverage that tastes as if it just came from a Depression-era drugstore soda fountain. Known colloquially as Ale-8, this hard-to-find, regional soft drink dates to the 1920s and is bottled by a family-owned enterprise in the small town of Winchester, Kentucky, where the beverage is especially popular. My son moved to California and my grandson his son is station in Califorina. It's great for them to have a taste of home. They are Kentucky boys. It was so easy to order and have delivered was 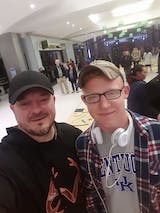 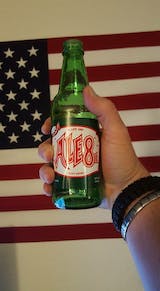